Skip to content
13/05/201008/04/2015 By shendyNo Comments
We’ve been spending a few days in Welsh Wales – the weather has been pretty good, but it’s been damn cold. It’s bloody May – it shouldn’t be this flamin’ cold!
First up was Manorbier in Pembrokeshire. We’ve heard how lovely it is – it wasn’t. Might have been something to do with the Arctic gale blowing, but we didn’t hang around for very long. There’s a surprisingly pristine castle, but it’s not National Trust so we were buggered if we were going to pay to get in… 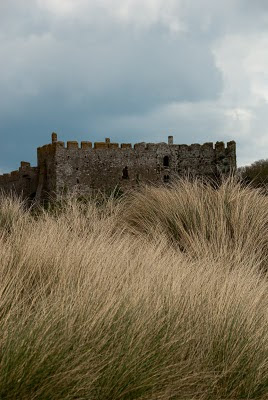 After that, we went to Colby Woodland Garden, which *is* National Trust. Quite nice, with a reasonable walled garden, but nothing desperately exciting. 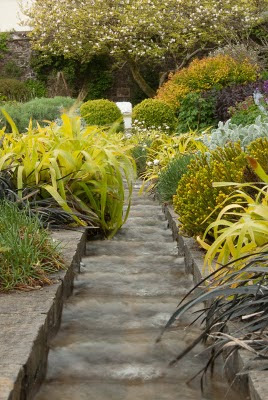 When we were in Wales in September, SWMBO was trying to find a beach on the Cardigan Bay coast that she visited as a child. We’ve been to about half a dozen of the damn things now, and we still haven’t found it. I suspect that the passage of 30 years has merged bits of several different beaches into is a mythical place that only exists in her memory/imagination.
Today we tried the wonderfully named Mwnt. Nope, that wasn’t the one either. Nice though – probably really nice when it’s warm. Which it wasn’t. National Trust car-park though, so we parked for free! Cheap? Us? 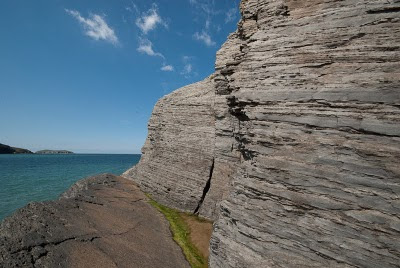 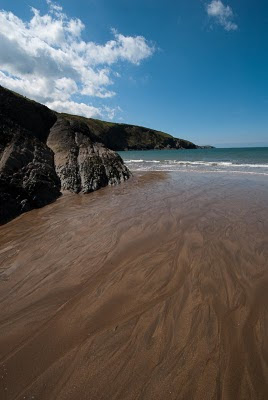 Finally, we went back to Llanerchaeron, near Aberaeron (see post from last September). Yes, it’s National Trust…
The vegetable plots in the walled garden are just starting to get going – blossom on the fruit trees, potato plants just starting to come up, that sort of thing.
I quite like this shot of one of their espaliered apple trees – shot from very low down with the very wide-angle lens. 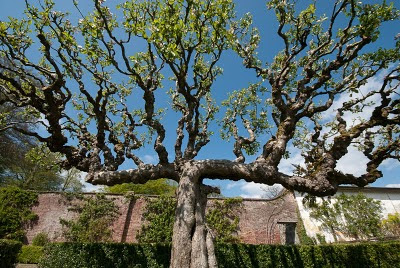 We went back to see the pigs as well, and they’re much too big to lay in the food trough now. 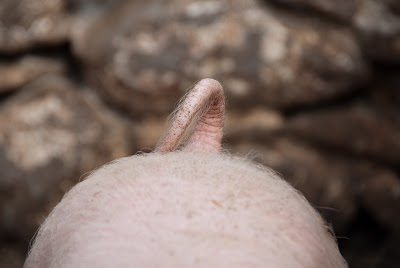 Are there left-handed and right-handed pigs, based on which way their tails curl?