We had a few days pootling around bits of North Wales.

We were based in Porthmadog, which turned out to be a really good base for getting around. Home of course to the Ffestiniog railway. 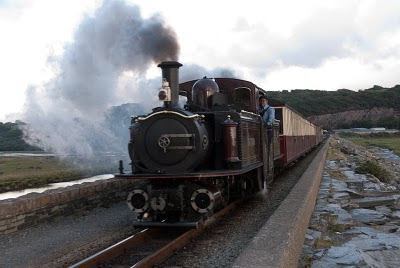 This is the evening sun breaking through the clouds onto the Snowdonia hills behind Porthmadog. 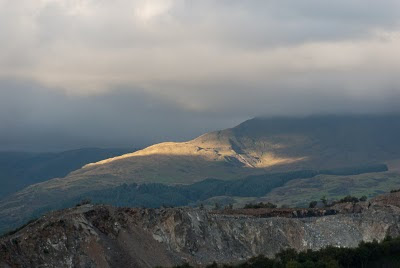 While much of Snowdonia is beautiful, you can’t escape the industrial background of some parts. This is in Llanberis, and I think the Dinorwig hydro power station is in that hill. 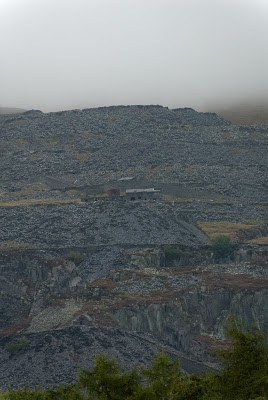 One of these hills is apparently Snowdon – taken from the road between Beddgelert and Llanberis.
One really annoying part of Snowdonia is the lack of places to stop by the road and take photos of the views. The road down the Llanberis pass has great scenery but only about 2 places to stop. 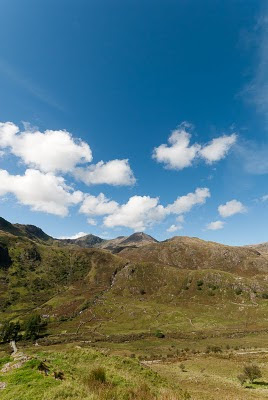 There was plenty of military jet activity. Unfortunately, by far the best view of a plane was one that appeared out of nowhere and passed very low overhead – no time at all to stop the car, let alone get the camera out of the boot. 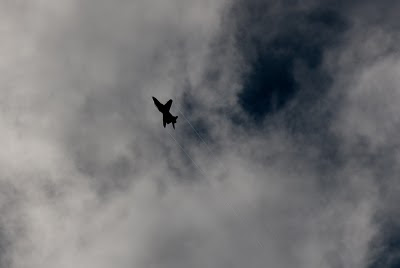 There were loads of butterflies around – I’ve not seen many for years now, so it was quite a novelty. And it made a change to take close-ups of them rather than bees. 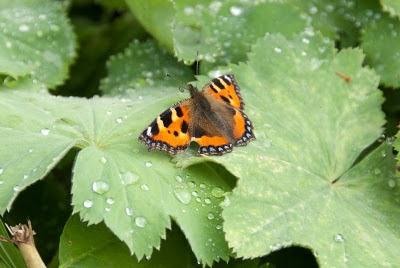 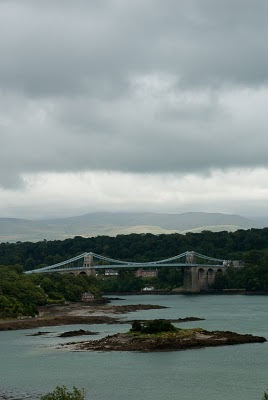 No, I’m not even going to try. I’d need a really long run up, and I’m not sure I can produce enough phlegm to cope with a double “ll” 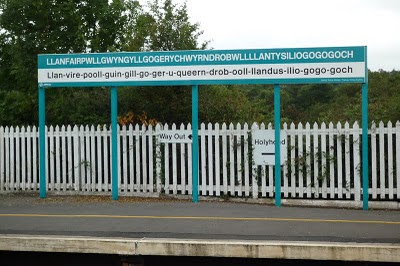