Skip to content
18/04/201008/04/2015 By shendyNo Comments
Is it really 3 months since I’ve posted on here? Oops.
I’ve not really taken much other than rugby since then – and there’s been nothing hugely exciting in those either.
Anyway, a lovely sunny day on the terrace at Franklin’s Gardens in Northampton as the Saints took on Gloucester in the Premiership. The two teams met recently in the LV= final – that was a cracking game, and so was this. And we won both of them!
The pick pick of the pics:
Stephen Myler gets an uncomfortable boot 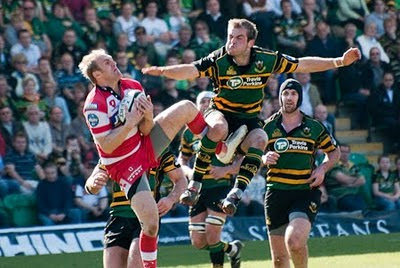 This one is more out of historical interest than because it’s a particularly good photo – Phil Dowson is a back-row forward, not a hooker, so why is he throwing into the lineout? Dylan Hartley was in the sin bin, and there hadn’t been a scrum so we hadn’t brought on a front row replacement. Up steps Dowson, he throws to Juandre Kruger in the lineout and promptly joins the maul to get back on with his day job. No problem. 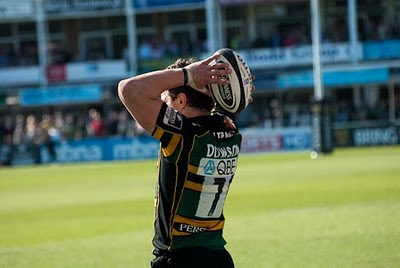 And finally, Bruce Reihana – his break led to our bonus-point try, with less than a minute on the clock. He could and should have scored himself, but he gave the ball to Chris Ashton for him to finish off his hat-trick. The Saints are very much a team if nothing else. 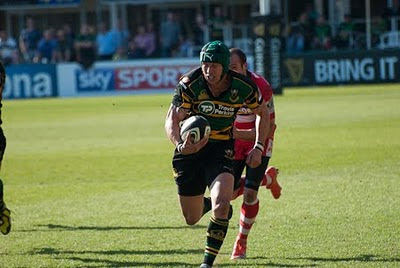