Skip to content
15/05/201108/04/2015 By shendyNo Comments
We spent a couple of nights in Dorset last week – the first night happened to coincide with the 20th anniversary of our moving in together, which was nice. We stayed in Burton Bradstock on the Jurassic Coast, also the home to Billy Bragg. I thoroughly recommend the B&B we stayed at – Chesil Beach Lodge.
We didn’t really do much for the time we were there, not venturing away from the beach during the day and no further than the village for dinner in the evening. I also took quite a lot of photos…
The sandstone cliffs are really photogenic, particularly when combined with a blue sky and some light cloud. 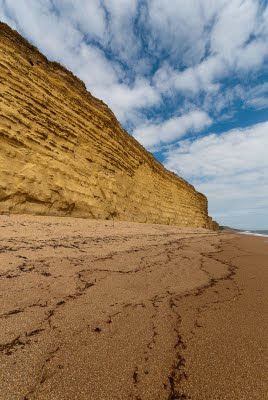 This is a fence that’s been built on top of the cliff to stop people using the old bit of the coastal path – erosion and rockfalls mean that the cliff edge tends to move inland somewhat, and there’s quite a drop over that edge. 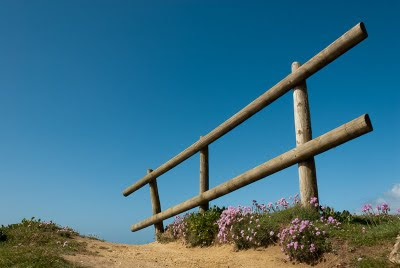 Due to enjoying dinner, we didn’t quite make the most of the sunsets – we missed it completely on the first night, and could probably have done with being there a bit earlier on the second. I think what you really need is to be there earlier in the year when the setting sun shines directly onto the cliffs, as the warm light on the cliffs would be superb. 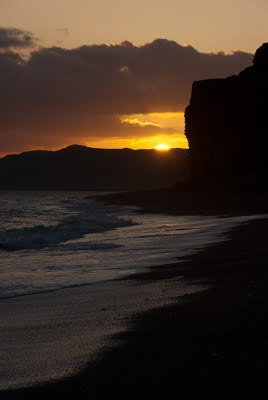 Someone had been mildly creative with the stones on the beach… 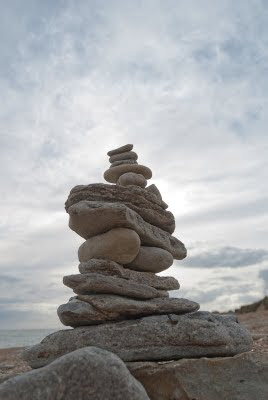 On Friday, we went over to Portland Bill before coming home, and you can’t beat a nice red and white lighthouse in the sunshine against a blue sky. 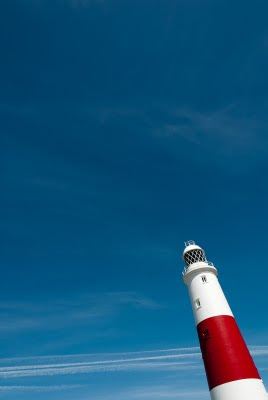 I spend some time playing around with my 10-stop ND filter again, blurring out the waves.
This one was 30 seconds at f22, taken at 3pm. 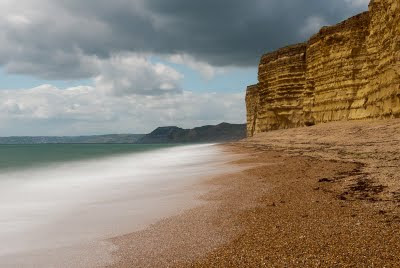 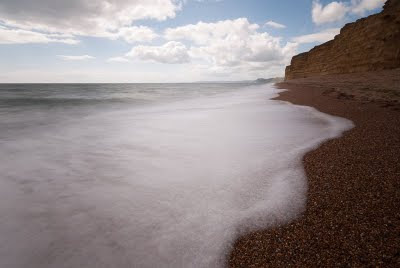 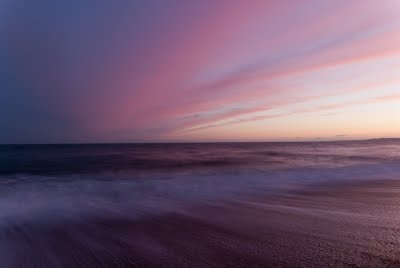 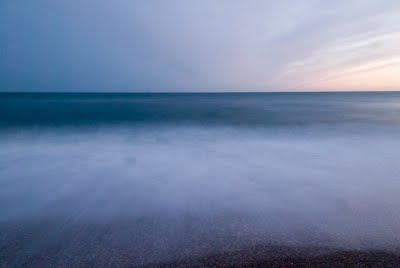 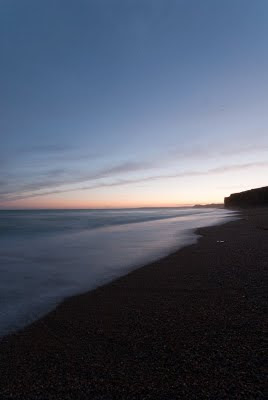 I did start to experiment with some really long exposures in the evening, but only got 2 minutes into a 3 minute exposure when the battery gave up.
And finally, on the last night, I got round to experimenting with photographing the stars.
283 secs @ f5.6 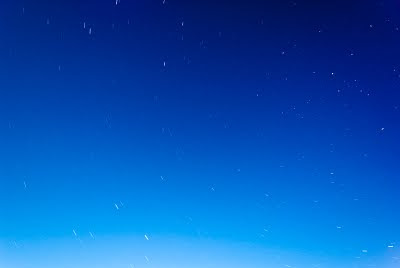 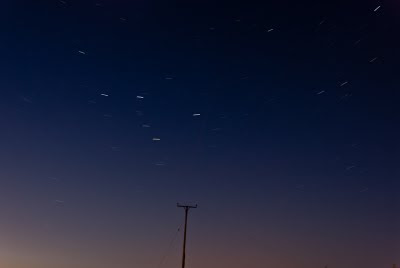 This was intended to be a much longer exposure, but my second battery ran out after about 5 minutes – the other one was still re-charging after the beach shots above. I was a bit annoyed by this as I’d only used it for about 15 minutes of exposures – reading on t’interweb suggests I should be able to get 80 minutes. I’ve had the camera and batteries for just over 5 years and have taken somewhere in the region of 15,000 photos, so it could well be that they’re reaching the end of their useful life. Thinking about it, I should probably have been turning off the image stabilisation for the long shots (especially as I’ve been using a tripod) as that uses a bit of juice, but surely not that much?
Looks like I need to get a new battery or two, as I want to do more star photography in France in the summer.